Download
You are using an out of date browser. It may not display this or other websites correctly.
You should upgrade or use an alternative browser.
Overview Reviews (4) History 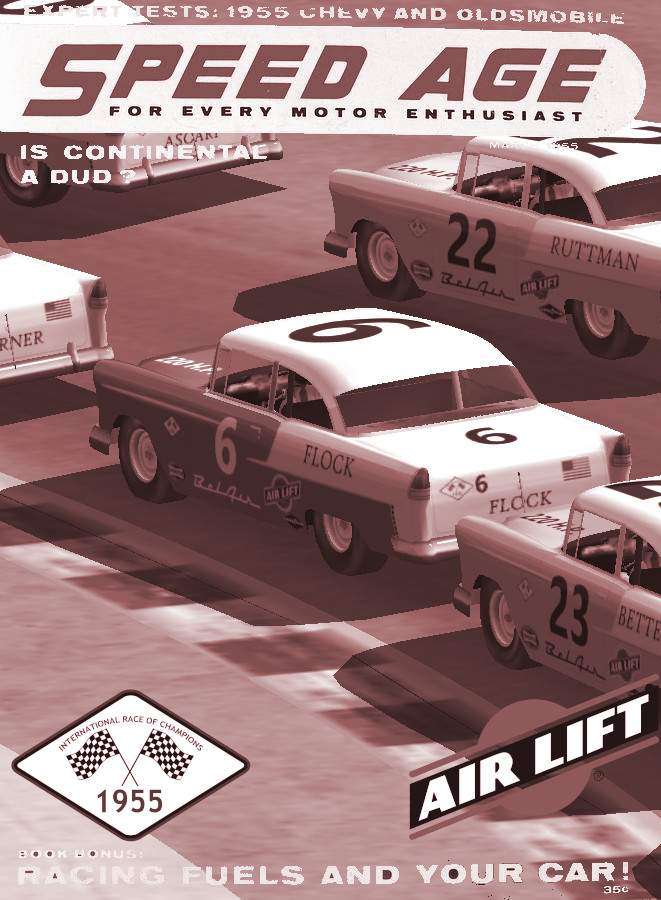 Now we all know if you follow auto racing from a historical standpoint that the International Race of Champions (IROC) started in 1974 with the best of the best from the world of Motorsports, however we sometimes wonder if the best drivers prior to 1974 would race in IROC if series existed so since we play NASCAR Racing 2003 Season we can see that with a car set for a certain mod and this is where I came in. So I present to you the Fictional 1955 International Race of Champions! 24 of the best and popular drivers from the 1954 season in custom 1955 Chevy Bel Airs for Denis Rioux's GN55 Mod which can be downloaded here at StunodRacing's website


This list took hours to create but with the help of Jebrown and Rollo75 at StunodRacing they helped make this easy it was just a matter of finding what series they raced in and their accomplishments were during and prior to 1954 along with heping with some beta testing and the driver ratings to make sure all the cars are to the highest of standards.

First off you're going to need the GN55 Mod (not the dirt version).

So this includes the IROC 1955 carset along with the drivers list so to install into the following folder:
(C: Papyrus/ NASCAR RACING 2003 Season/ series/ gn55_cts/ cars) of note if you NR2003 files are in a D: drive or any other drives just place it where your Papyrus folder is located.

The idea for the designs and bodypaint was inspired by the Porsches and Carmaros from the early days of the IROC Series sorry if the cars look a bit bland but it was the 1950's so no wild body paints here sorry.

In order to have fun with this mod and carset I would recommend collecting some old classic tracks from the 1950's to get a feel of the nostagia and i'm not just talking about Darlington, North Wilkesboro or Daytona Beach i'm talking old track like the original Spa-Francorchamps from 1957-78 (configuration was the same 3 year prior to the date, I checked), Old Monoco, The Old Monza with the Oval, Silverstone, AVUS just to name a few here's a link to some tracks that can can be used if you want to spice things up with your road course skills.

Have fun and enjoy racing with the past.

Awesome car set! Looking forward to racing against all these legends.

Econic
Thank you Jeb, good luck out there.
Upvote 0 Downvote
This is awesome! Very cool idea and excellent execution.

Econic
Thank you.
Upvote 0 Downvote
You did some good research for this one! I tried to put together a set like this but couldn't find good enough sources to finish it. Well done!

Econic
Thank you, I hope you enjoy this set. I'm thinking about working on a IROC '63 for GN63 if everyone loves this set.
Upvote 0 Downvote
Fantastic idea! Thank You to everyone that made this possible.