Download
You are using an out of date browser. It may not display this or other websites correctly.
You should upgrade or use an alternative browser.
Overview Reviews (2) History 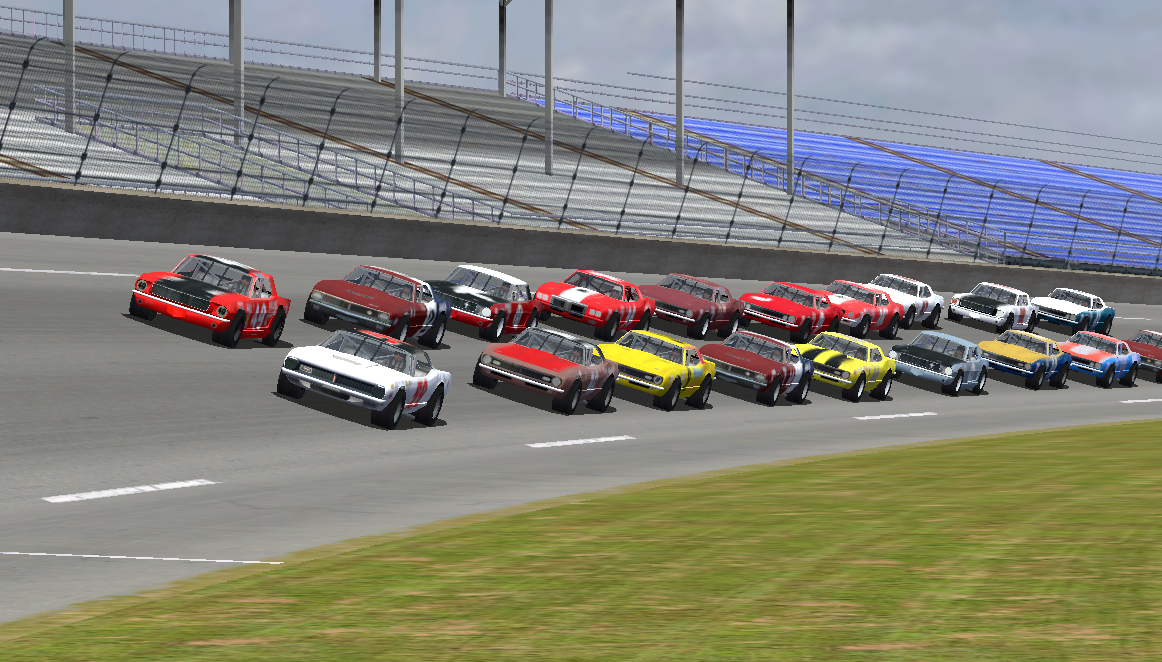 NASCAR's Grand American Division (originally dubbed the Grand Touring Division) was the sport's answer to the Trans Am Series. Focusing on so-called 'Pony Cars', mostly consisting of Camaros, Javelins, Challengers/Cudas, and Mustangs, the series was much like the modern-day K&N Series, racing on shorter tracks while occasionally venturing to the bigger speedways, such as Daytona and Talladega. It attracted many drivers, from Cup stars such as Bobby Allison, David Pearson, and Red Farmer, to aging veterans such as Tiny Lund and Buck Baker.

The series ran from 1968 to 1971. In it's time, it saw Tiny Lund become a King in his own right, before his death a few years later at Talladega. At the end of the series' lifespan, it would morph into the Grand National East series.

Included in this set are 25 or so cars for DMR's SNSC70 mod, along with a schedule following the 1971 season. The tracks required are listed in the readme, as are the other necessary credits.

DaleJrFan95
Thank you :)
Upvote 0 Downvote
Hard to believe this is the first time this amazing series has been covered...you did a fantastic job with it! You should be proud!